How TicketSource Enhanced UX in 2 hours

Ticketsource wanted to expand its offering to customers within the user purchase journey, while prioritizing user experience. With customer experience standards rising, Ticketsource sought to simplify the event travel experience for users by providing an accommodation booking opportunity through Stay22. 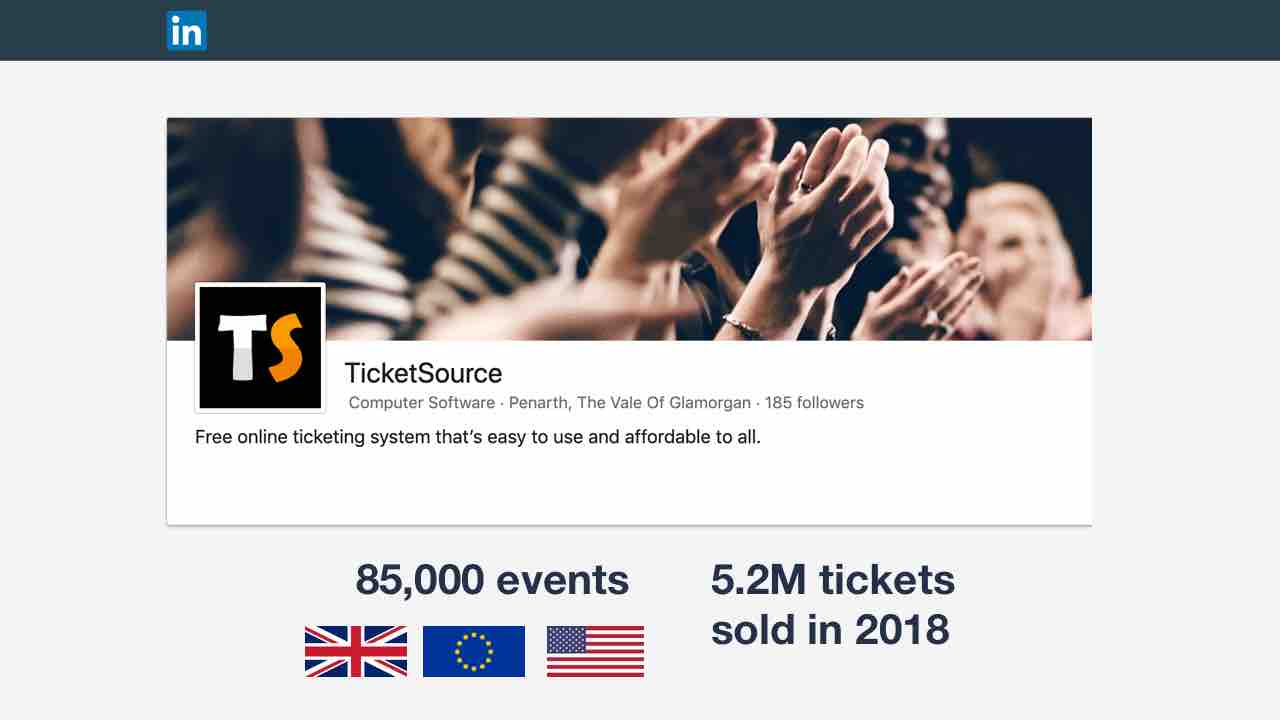 For the period of 2 hours of implementation Ticketsource was able to get those results:

For a period of 10 months

Ticketsource has expanded quickly over the last 5 years. This year, the company wanted to improve on its customer experience offering through the purchase path. Ticketsource knows its customers well - and what many of them have in common is the need for accommodation.

They asked themselves, “Why not offer customers the complete package?” Providing an accommodation booking opportunity within the existing purchase path would only add to the ease of the journey. “We decided that providing accommodation to our customers was the logical step forward in the purchase path,” said Phill Picton - Business Development Manager.

Still, choosing accommodation as their new customer offering took time and strategizing. Ticketsource wanted to give its users only relevant information, making it simple and easy without bombarding them with unnecessary stages. Ticketsource also did not want to reinvent the wheel, meaning whatever addition they chose for their customer offering would need to be outsourced. “We thought our customers wanted (an accommodation booking system), but you’re never too sure. It was quite nice to see it live and to see people start booking.” Developing any new system would be a massive undertaking, and they wanted something low-risk. “The good thing about the solution with Stay22 is that we could try out the system. If it didn’t work out for us, we knew we weren’t tied to any kind of obligation,” explained Phill Picton.

Once Ticketsource realized its need to offer an accommodation booking opportunity, Stay22 ticked all of the boxes for the ideal solution.

“You removed the obstacles for us”, said Phill Picton.

First, Stay22 allowed Ticketsource to provide a great offering to the end-users. Next, By providing a continuous flow within the purchase experience, with the Stay22 map coming after ticket purchase, nothing was taken away from the booking process. Ticketsource’s key driver is to sell as many tickets for an event as possible. One pitfall the company needed to avoid was inflating the value of cart sizes, which would happen if checkout came up only after choosing an event ticket and accommodation.

Inflating the cart size value would lower conversion rates. Using Stay22, Ticketsource allows its users to pay for their event tickets before being introduced to the idea of booking accommodation. That way, the integration of Stay22’s accommodation solution cannot negatively impact ticket sales. If anything, it acts as a draw for new and returning customers. The accommodation process could not be made easier. No logistical information is required from users, as the Stay22 map that appears to them has the dates and location information about the event they’ve purchased tickets for already plugged in.

For Ticketsource, one of the biggest draws of Stay22, in comparison to the competition, was its offering of both hotel and Airbnb integration. Stay22 offers its users the largest inventory worldwide, with 35 million bookable listings. Since Ticketsource continues to focus on small local events in the arts, the community around the events is quite important to organizers. With access to local Airbnb bookings through Stay22, Ticketsource is able to provide the events that use its service with that sense of community. Moreover, offering that variety and range of accommodation options is a bonus.

Ticketsource embedded the Stay22 map into their platform and their email confirmation, so that customers who might not be ready to book accommodation immediately have the option easily accessible later on. Using Stay22, Ticketsource can cater to a range of users, from those who like to act immediately, to others who need time to think and plan out other parts of their trip.

Check out their integration 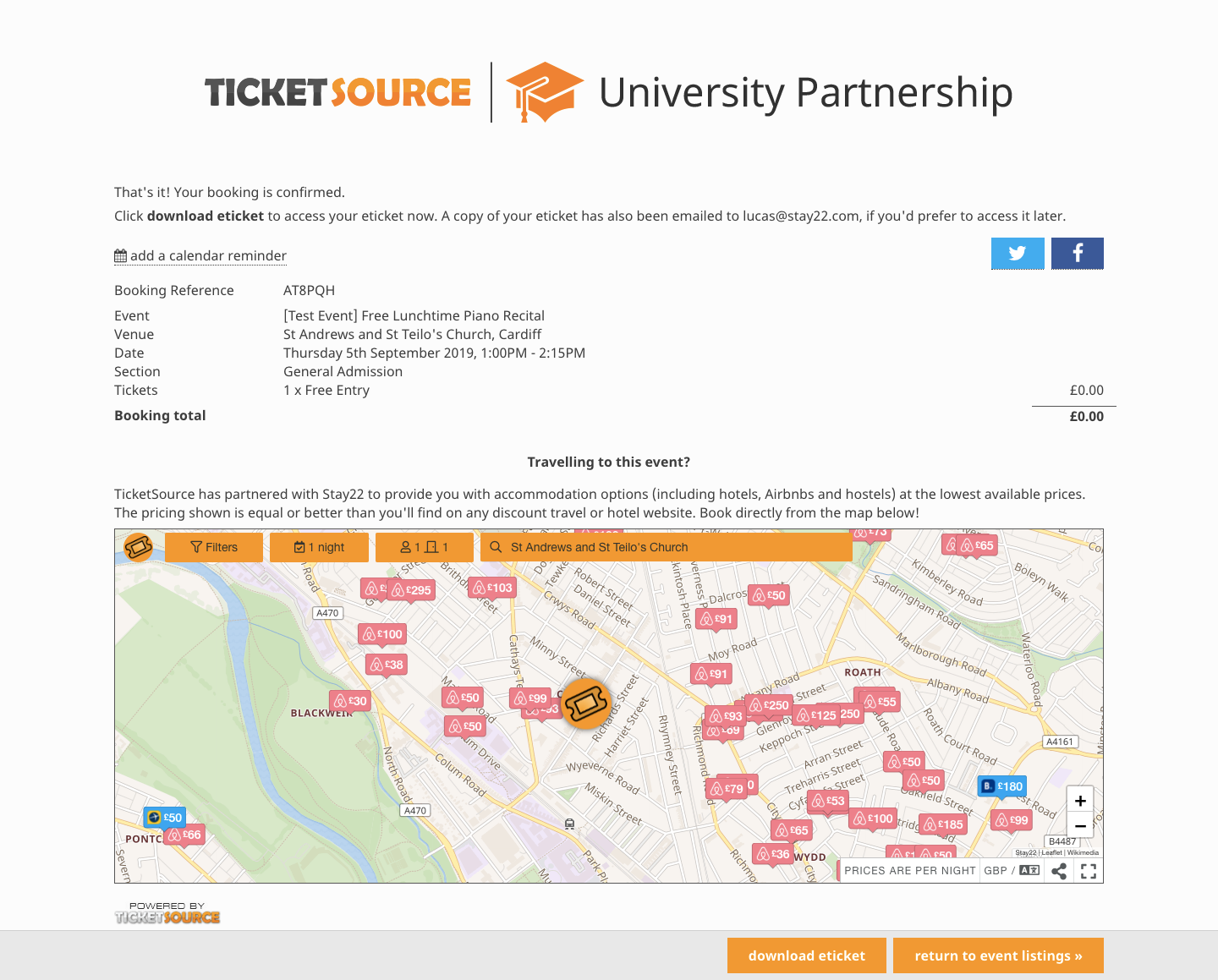 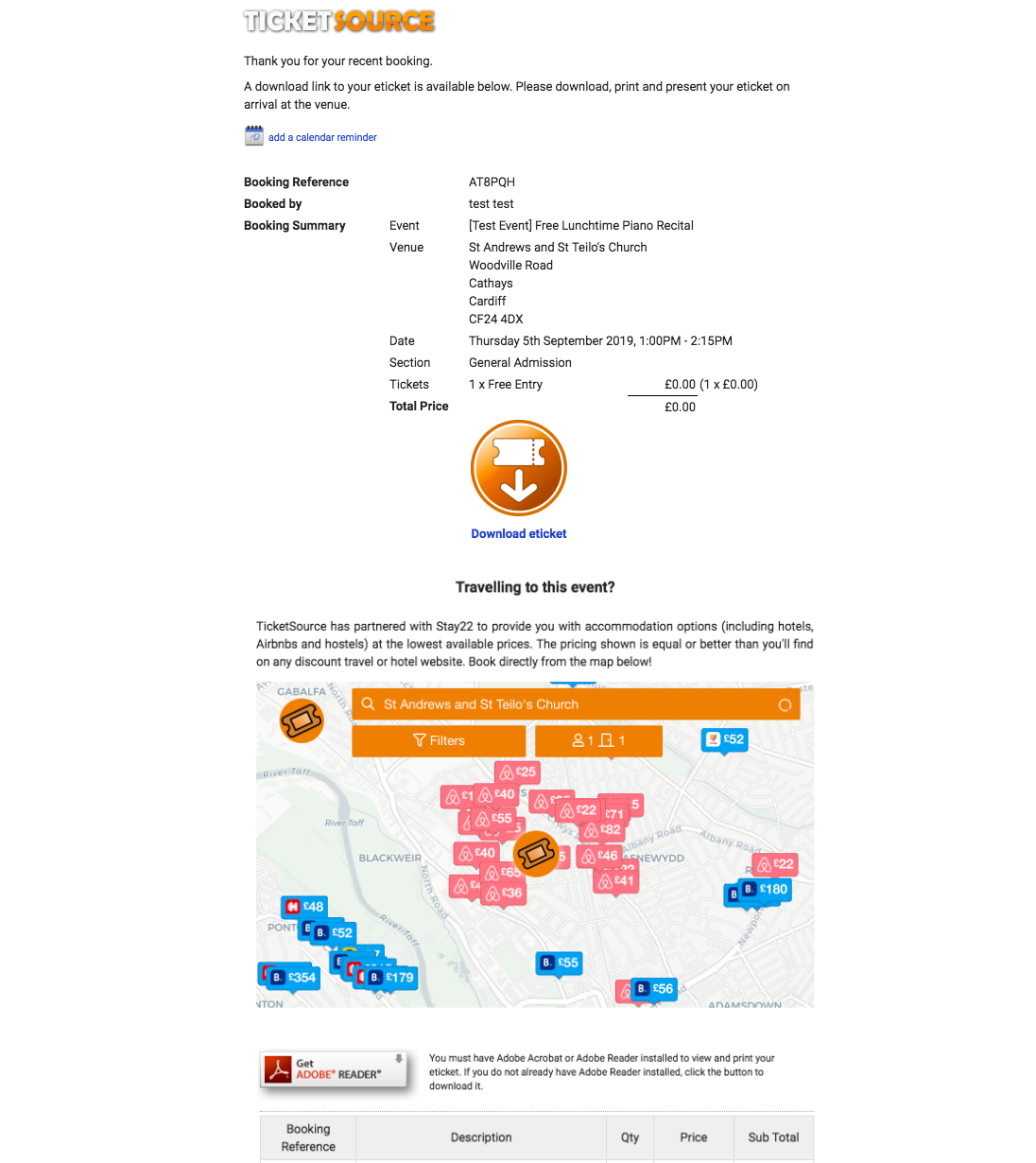 Once Ticketsource integrated Stay22, it made the decision to offer it to all of its existing event organizers. While there was no specific demand for the service before integration, it has been a huge success since then. “Everyone seems really happy with it as an additional service. New customers using our system found the accommodation offering to be a great incentive to use Ticketsource, since they want to offer that to their event-goers.” The customer experience is through the roof.

Ticketsource said that working with and implementing Stay22 was “overly simple.” From integration documentation to working with Stay22 personnel, the process was seamless and used up very few resources to integrate and maintain.

“Our developers got it up and running in two hours, which was a real surprise for everyone involved because we are so used to long processes. It’s been the simplest, quickest integration we’ve experienced. We’ve got a pipeline just like any other software company - and we would have jumped the queue and implemented Stay22 a lot sooner had we known it could be done in less than half a day,” explained Phill Picton.

Ticketsource’s advice on whether or when to implement Stay22: “What are you waiting for?”

Ticketsource was pleasantly surprised by the way smaller events took to Stay22’s offering. “We assumed we would get the more commercial, festival-focused, bigger events. But actually, we were surprised by the uptake on customers for the smaller local community events,” said Phill Picton. The company did not expect many of the event-goers attending smaller events to be travelling to attend them. “We have been surprised by the pool of people coming from the outside and also by their length of stay. We expected people to book for 1-2 nights, which is the majority, but we are seeing people book Airbnbs for a month or 2 weeks as part of their holiday.”

Companies using Stay22 receive commission on each booking made through the map, which is itself free of charge to implement. So far, the commission is variable, depending on the hotel or Airbnb and length of stay. It can range from $1 to $40 or more per booking.

For a period of 10 months

Ticketsource has found the entire process to be easy and convenient - for themselves, the companies using their platform, and users. No additional resources are required to support the Stay22 map after integration. Moreover, customers manage their own bookings, so that entire process is outsourced.
“In a way, we wouldn’t know the Stay22 map is even there, which is a nice thing because that means we don’t need to support it or maintain it. It just works.”